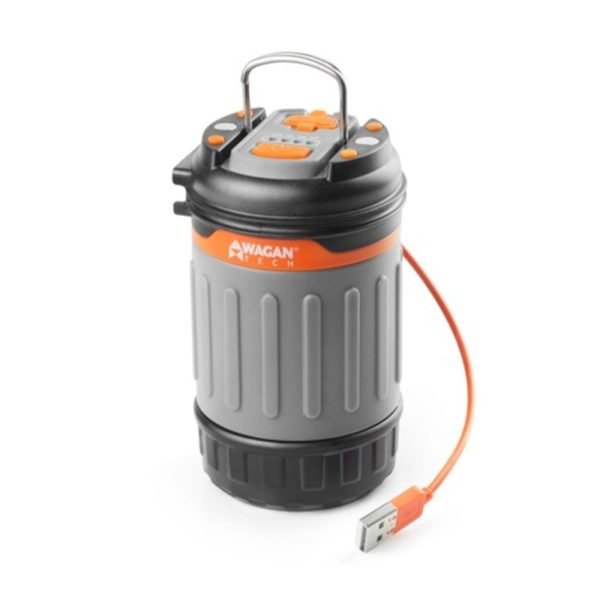 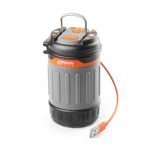 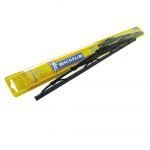 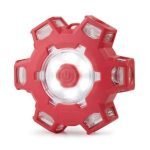 The WAGAN Brite-Niteï¾™ Pop-Up USB Lantern is one of the most versatile and useful tools for your next outdoor adventure.

Powered by a powerful Lithium-Ion battery pack, this potent illuminator uses its sophisticated CREE LED to produce an impressive 240 Lumens of light that can throw a remarkable 885 feet!

The light also features a dimmer 115 Lumen setting, as well as a special S.O.S. Mode that produces an efficient Morse code flash for up to 24 hours in emergency situations. Pull on the light’s black lens cap and it is transformed from a flashlight into a convenient lantern, perfect for lighting your campsite.

The Brite-Niteï¾™ comes with a duo of metal folding hooks in its base for hanging, as well as a pair of powerful magnets for mounting on metal surfaces, allowing for a number of hands-free area lighting options.

More Than Just A Light The Brite-Niteï¾™ comes with a built-in rechargeable Lithium battery pack, capable of holding a considerable charge of up to 3200 mAh, enough to power the lantern for 3 hours in High Mode. The potent power source is recharged through a convenient USB power cable attached to the lantern and comes with a 4-LED power indicator where you can monitor the battery’s remaining charge.

In addition to powering the light itself, the battery pack also acts as a handy power bank, complete with a USB power output where you can plug in your cell phone or other devices for emergency charging.